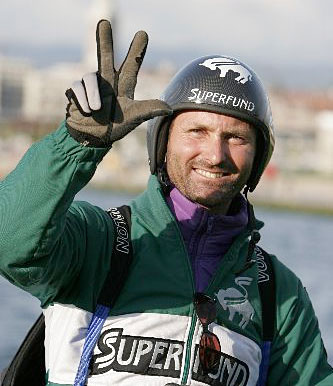 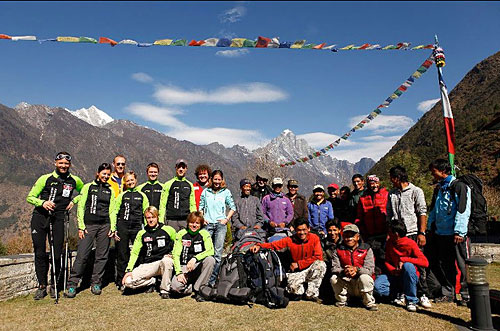 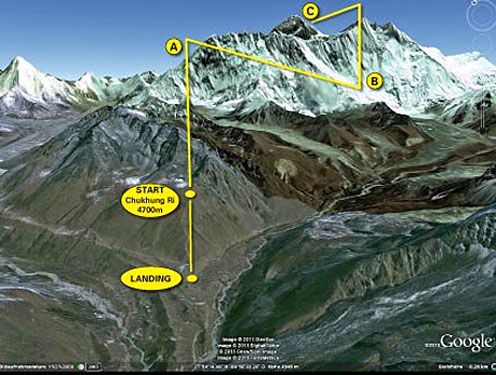 Mike Kung is in the Khumbu region of Nepal, for an attempt to
soar a paraglider higher than anyone ever has before, up the south face
of Lhotse. We’ll be updating this with news of the Paratrekking team, as
it comes to us.
Tuesday 29 March 2011 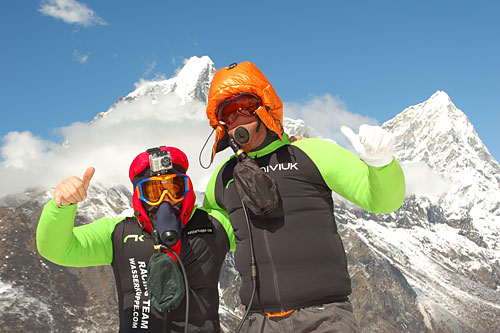 On their second day in base camp, Mike Küng and the Paratrekking team
have taken to the skies, testing out the conditions and the oxygen
systems.
Mike thermalled with an eagle, without oxygen, to a height of 6,300m,
where both his vario and helmet camera unfortunately failed in the -20C
temperatures. A second camera, using an external power source, carried
on working and captured a freezing Mike flying next to the spectacular
backdrops of Lhotse, Nuptse, Ama Dablam and Island Peak. The footage is
to be shown on German television. 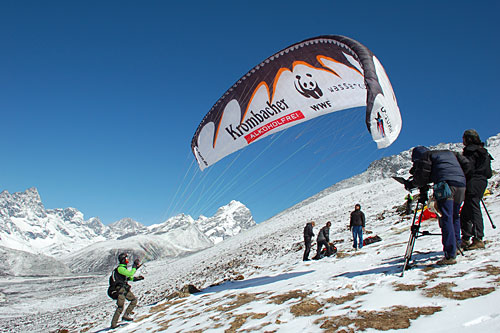 Mike Kung ready to launch into the Himalayan skies

The rest of the team experimented with using their oxygen systems in the air, and flew to Dingboche.
Weatherwise, a low pressure system over Tibet is afecting the weather
in the Everest base camp area. The wind at altitude is strong and the
air damp, causing cloud to settle at less than 5,000m in the afternoons
and capping the altitude gains possible by paraglider. However, both
Mike and expedition leader Andreas Schubert are confident that when the
upper wind eases it should be possible to thermal up to 8,000m. 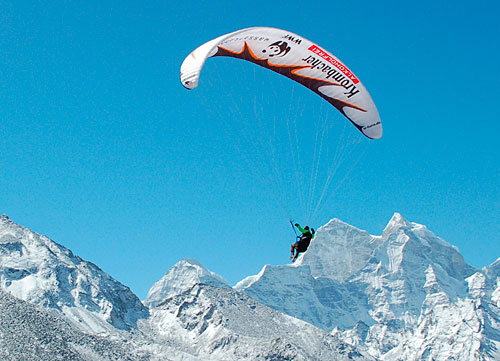